England centre back Harry Maguire has revealed how a new “game-changing” wellness device helped him get fit for the Czech Republic match this week and has subsequently decided to invest in Swellaway Limited, the company which has developed the ProMOTION EV1 product that sports science professionals are hailing as a “breakthrough” for elite athletes.

Maguire joins England legend Wayne Rooney who is a long-term investor in Swellaway Limited and was one of the first high-profile players to give feedback and be part of the research and development process.

ProMOTION EV1 is an advanced technological device that reduces swelling and bruising around injuries by providing cooling, heating and compression.  The small, battery-powered portable unit does not require ice, water or gel packs and can monitor temperature on the skin to within one degree.

It is fully digital, providing players and physios with different programmable treatments and data capture via a bespoke App.

Following his return – ahead of schedule – to the England team, the Manchester United captain has sensationally revealed how he has been using the ProMOTION EV1 device since he suffered his injury back in May. The new therapeutic product enables medical professionals and physiotherapists to support injured athletes back to fitness, faster.

“ProMOTION EV1 improved the timescale of my recovery from injury, 100%. I’ve constantly used the technology on my ankle over the last month to help get me fit for the Euros."

“I have the England and Manchester United medics who are the best about and have obviously been integral to my recovery – but they can‘t be with me 24/7.  The ProMOTION EV1 device is really compact and so I’ve used it as portable therapy for myself.  It provides cold, heat and compression functions which have been hugely beneficial in supporting my recovery.

“You can take it wherever you want, it’s easy to carry and has been a game changer in getting me fit for the Euros.”

Maguire had been a doubt to play any part in this summer’s Euros, since he sustained an ankle injury playing for Manchester United against Aston Villa on 9th May.  Since then, he has been using one of the ProMOTION EV1 prototypes from the developers Swellaway Limited, ahead of them going on general sale later this year.

Maguire continues: “As soon as the injury happened, I felt it was going to be a long term one because it wasn’t the impact that caused the injury, it was more the twist.

“The worst thing about an injury is not knowing when you’re going to be back, but it’s really important mentally to feel that you’re getting better and doing everything possible to aid your recovery.  The benefits of ProMOTION EV1 and the quick progress I made enabled me to stay positive.

“I had spoken to Wayne (Rooney) about the technology that was in development and, shortly after I got injured, Wayne was able to get hold of one of the prototypes for me.  The functions of ProMOTION EV1 have complemented the vital work of my club and country medical teams.”

The state-of-the-art product debuted earlier this month at the Football Medicine & Performance Association’s (FMPA) 2021 annual conference and goes on general sale later this year.  At the FMPA conference, it was revealed that Rooney has been involved in the development of ProMOTION EV1 from its inception.

Manchester United and England legend Rooney said: “I have worked alongside many medical practitioners and even senior professors in sports science and medicine, to get the product to where it is today.  I’ve also taken part in the development and trials myself.

“During the course of my playing career, I could see how the introduction of technology was helping to advance elite level sport. It made absolute sense to me that such technological advancements could be used in the area of treatments for impact and musculoskeletal injuries which would be better served by a product led by science and technology rather than clingfilm and ice!”

Rooney is proud that Maguire has been one of the first to benefit from the new technology and the Derby County Manager also had words of encouragement for Maguire ahead of England’s match against Germany next week.

Said Rooney: “I’m delighted that Harry has been one of the first players to benefit from ProMOTION EV1.  His early return to the team is proof of the product.  Our next stage of development is to introduce the product to other athletes – and not just in football. It speaks volumes about the product and the technology involved in ProMOTION EV1 that he’s now joined me in investing in the company.

“And it was especially great to see Harry back for England this week knowing he’s been using ProMOTION EV1 and I wish him and the team every success. Like everyone else, I’ve been watching the tournament closely. I think England have a great chance to beat Germany next week – especially with Harry in the side – as ever, I will be cheering them on.”

Maguire becomes the latest high-profile athlete to invest in the company behind ProMOTION EV1 – with others from the world of sport set to follow.  It has already received multi-million-pound private investment, enabling research and development with leading physios, surgeons and other football-focused medical professionals, as well as the players themselves.

Professor of Physiotherapy James Selfe, a highly qualified academic from Manchester Metropolitan University and leading physiotherapist with over thirty years’ professional experience, has been instrumental in the development of the product and described it as a breakthrough device. Science-led protocols and rigorous testing, across a wide range of sports, have been central to the development of the product, which has already won rave reviews.

Selfe says: “As well as the portable treatments, one of the key benefits for the medical profession is the ability to download data which shows the exact usage of the device when the product is used off-site or at home by athletes.  Doctors and physiotherapists will be able to determine how often the device is used against physical recovery.

“It can also be used for injury prevention, as an effective tool to aid athletes’ warm-ups in preparation for sport.  Given the versatility of its uses and compactness of its size, I believe the sports science community will see this as a breakthrough device.”

“I’m delighted that Harry has been one of the first players to benefit from ProMOTION EV1." 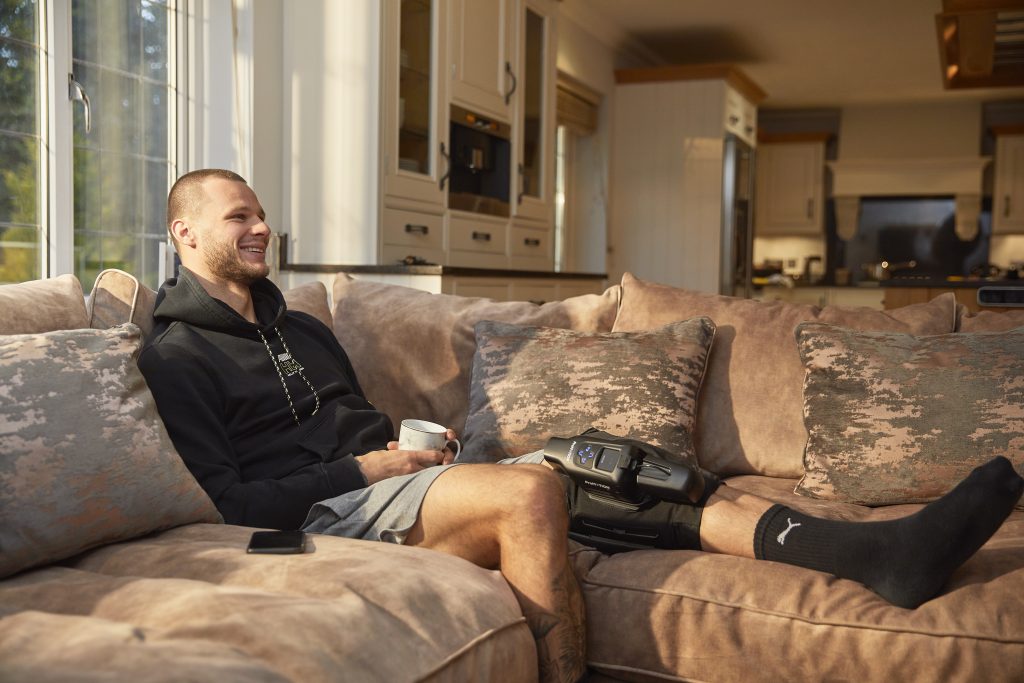 In Conversation with…. Dan Bachmann 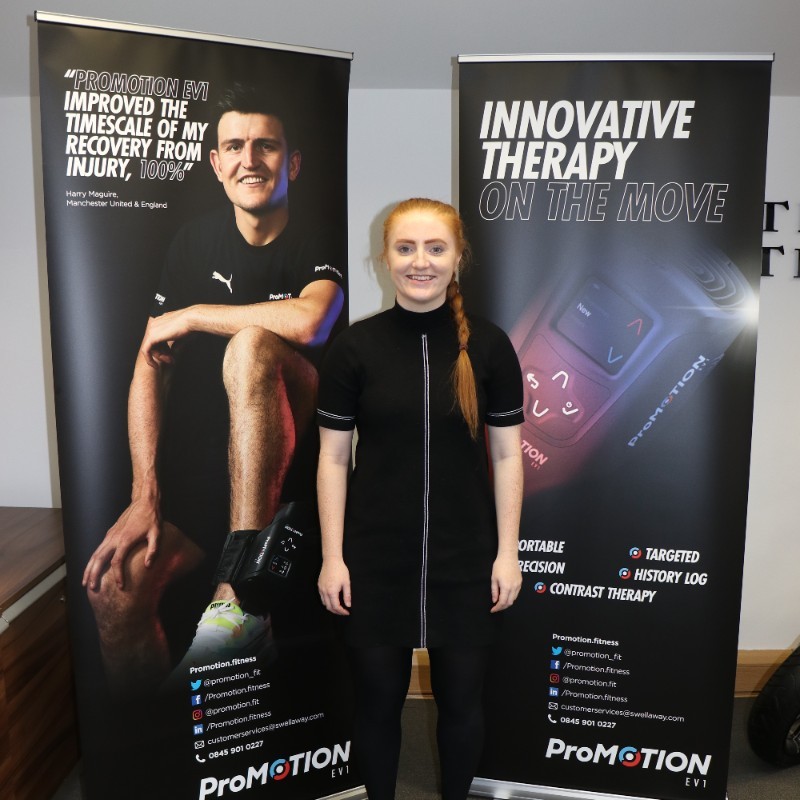 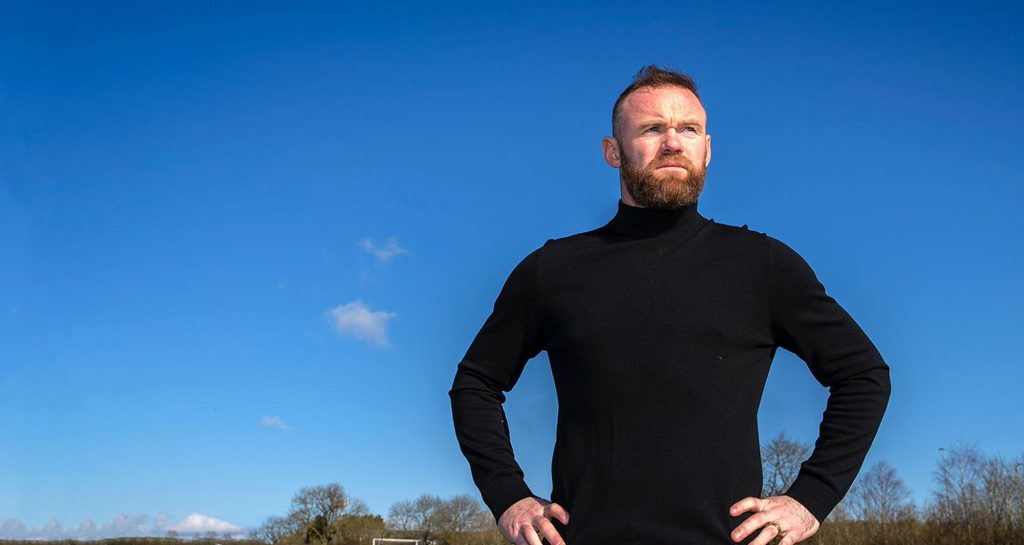